Britons, Saxons, Vikings - who are the English?

“Who are the English?” That good question was put to an audience in Glenfield Library last Saturday by novelist Marianne Whiting. “The Scots seem to have an idea of who they are,” she said. “So do the Welsh. But not the English.”

Anglo-Saxons perhaps? Only partly. Drawing on recent genetic research, Marianne told us that in DNA terms, the English population is far more Ancient Britain than Anglo-Saxon.


If this all sounds technical and academic, I am giving the wrong impression. Marianne is an entertaining speaker. Her talk was funny and filled with anecdote as she delved into our mysterious Dark Ages history. Women warriors featured prominently. There were also snake pits and vengeance aplenty. And not to forget the Battle of Brunenburg in 937 AD. Too many people forget it, Marianne said. It was the battle where the idea of Englishness “came of age”. 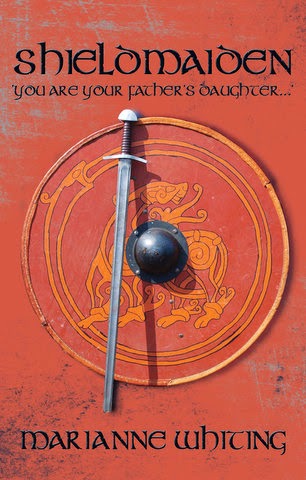 At the end of a very enjoyable hour, the audience crowded round to buy copies of Marianne’s excellent novel, ‘Shieldmaiden’.


I can thoroughly recommend both the novel and the talk.
Posted by Rod Duncan at 02:37

Email ThisBlogThis!Share to TwitterShare to FacebookShare to Pinterest
Labels: Writers